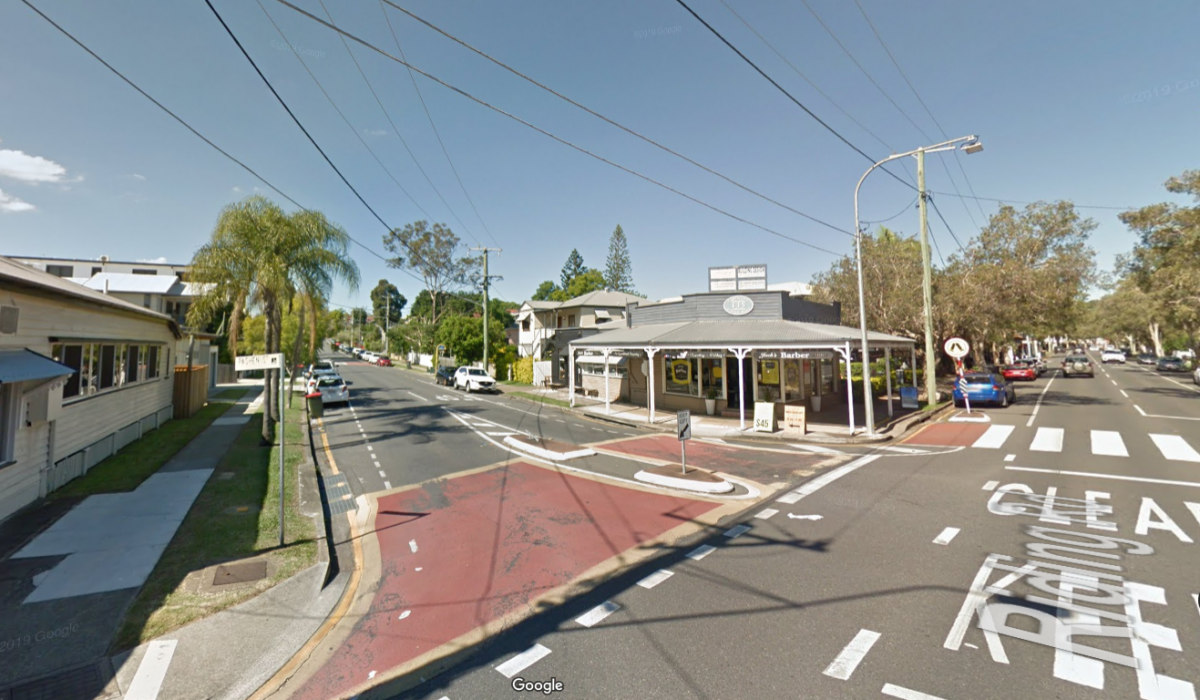 Calls for a full upgrade of the Riding Road and Pashen Street intersection in Morningside are again being made, with Councillor Kara Cook at the forefront, as residents ask for Council attention to prioritise the safety of children using the zebra crossing to the local school.

Children use the Pashen Street crossing daily, to get to Morningside State School, located on the same street. Last year, Natalie Munro’s daughters, Layla and Jasmine, were hit and seriously injured whilst crossing Pashen Street, whilst their mum helplessly looked on.

“I was on [the Hawthorne Park] side, I stopped. I honestly can’t say where that car came from, it happened so fast.”

“I looked back at the girls and just in my left vision, saw a car and screamed out to stop, but there wasn’t time,” Mrs Munro recollected to other media at the time.

The intersection is a busy one, with a combined traffic count of 17,000 vehicles for both street, according to Morningside Councillor Kara Cook.

Cr Cook has asked Council to explain why the Morningside intersection hasn’t been prioritised for a full traffic signal lights upgrade, similar to the one planned for the Sylvan Road and Kate Street intersection in Toowong.

Yet, Cr Cook points out, the Toowong intersection is getting a full traffic signal lights upgrade and the Morningside intersection, despite repeated calls and a rally held in 2019 for Council support, has yet to be prioritised for funds allocation.

Infrastructure Committee chairman David McLachlan has given assurances that the Morningside intersection upgrade in under consideration and that decisions made by Council on what projects to prioritise were not based on which Councillor represents a Ward.

“Council is aware of the safety issues at Riding Road and is considering the future allocation of funds towards an intersection upgrade at this location,” he said, also pointing out that additional safety measures had been added after the accident in 2019.

Flashing LED signages had been installed in the area in 2019 and speed limit reduced in an attempt to prevent future accidents in the crossing.