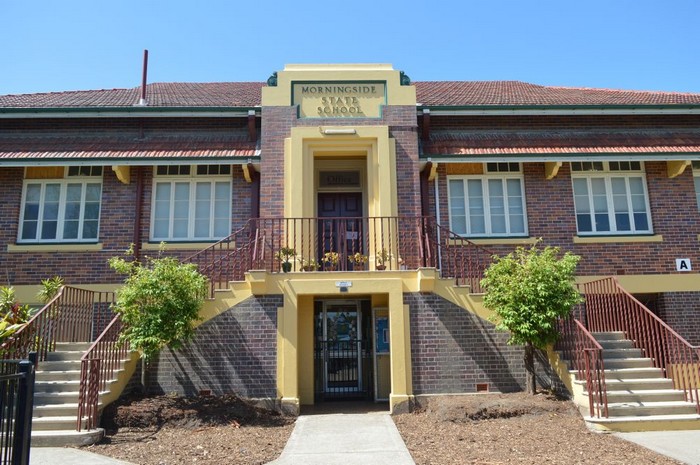 Morningside State School has been included into the Queensland Heritage Register in April 2018, primarily for its role in showcasing the evolution of state education architecture in the early to mid-20th century.

Located on Pashen Street in Morningside, the school is characteristic of typical school buildings designed by the State Government during that period.

Morningside State School is deemed a heritage treasure for its architectural and aesthetic significance. The Depression-era Brick Infants School Building showcases a beautiful façade and demonstrates high-quality masonry and design using natural lighting and air circulation. The building’s roof, joinery and decorative elements all represent the style of the 1930s era.

The Sectional School Buildings are representative of how timber school designs evolved in the late 1920s.

It also shows how the Department of Public Works considered educational and climatic challenges in coming up with lighting and ventilation design.

The school’s historical significance is a major factor for being considered a heritage treasure. Aside from representing the culture and architectural style of the early to mid-20th century, the school also took part in important portions of Queensland’s history.

During the Great Depression that started in 1929, the Queensland Government provided relief work for the unemployed to counter the effects of the economic situation. Among the jobs made available were painting, repairs and grounds improvement works at the school.

In 1932, the construction of the Brick School Building was central to the government’s program to increase employment of local workers and buy local building materials.

After the war, the school expanded as demand for state education grew. In 2014, an ANZAC memorial was constructed to commemorate the Rats of Tobruk. It stands to tell of the school community’s involvement during the war.

Today, Morningside State School continues to provide quality education at its original site. Its inclusion into the Heritage Register cements its importance as a key social focus for the community.