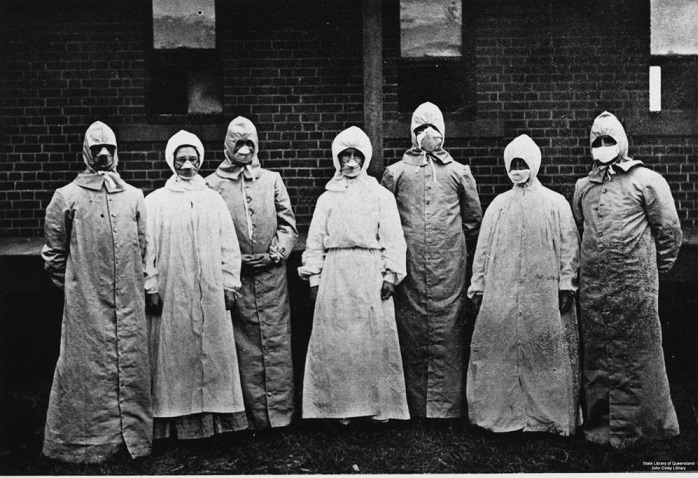 Did you know that Morningside used to house Brisbane’s dedicated plague isolation facility, the Colmslie Hospital?

Dating back at the turn of the century, Queensland has experienced one of its darkest periods in the past, the outbreak of bubonic plague. Considered by many as the ‘Black Death in Queensland’, the bubonic plague afflicted a total of 136 identified cases in Queensland, claiming the lives of 57. From these recorded cases, Brisbane had the most cases with 56 infections and 25 deaths.

The bubonic plague was spread by rats that came from ships travelling from overseas. In Australia, the first known case of bubonic plague occurred in Sydney on January 1900.

This was followed by the first recorded case in Queensland which occurred in Rockhampton on April 1900. The plague quickly spread and cases arose in Townsville and Brisbane.

As the bubonic plague began spreading in Queensland, authorities have decided to build a dedicated hospital for those afflicted by the disease. They’ve chosen a Morningside property, owned by Captain William Cairncross.

The hospital got its name from the Colmslie House which stands at the Cairncross property. Unfortunately, construction of the hospital took too long that it wasn’t even completed yet when the first victim of the plague arrived.

Brisbane’s first bubonic plague victim was James Drevesen. He was a carter who worked at the wharves and lived in Woolloongabba. After contracting the plague, he was admitted to the Colmslie Hospital. His house was also disinfected and fumigated whilst their bed linen and curtains burned.

Furthermore, an iron blockade was erected around his property as well as two neighbouring houses. Police also manned the barricade on the street.

The plague spread in Brisbane not long after, transforming Colmslie Hospital into a large encampment.

Several measures were taken to combat the disease in Queensland. These included the surveillance of vessels arriving in the state, the destruction of rats, the establishment of isolation hospitals, and special provisions for the disposal of the dead.

In Brisbane, officials have decided that plague victims who succumbed to the disease be brought to Gibson Island. Prior to their internment, the bodies were wrapped in sheets soaked in carbolic acid and their coffins were slaked with lime.

By June 1903, the Commissioner of Public Health (Dr Burnett Ham) announced the closure of the Colmslie Hospital following the absence of newly reported cases of the plague.

After 1909, there were 12 plague-free years in Queensland. However, the plague re-occurred in Brisbane when a man suddenly died of plague in 1921. This outbreak caused a total of 63 deaths in the state.

The last case of the bubonic plague was reported in Queensland in 1922 and it has been plague-free ever since.