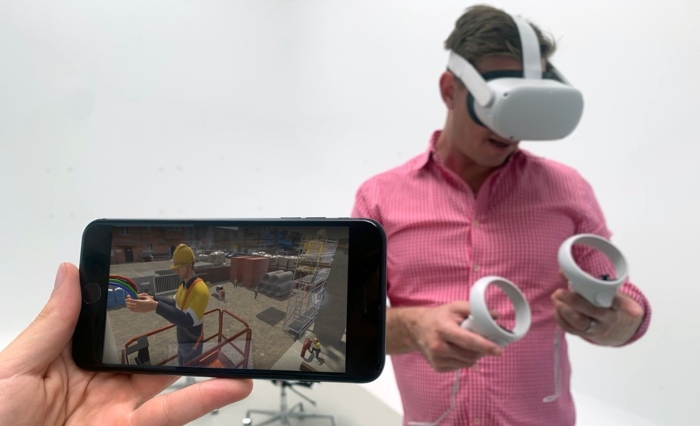 Did you know that Next World, an Australian virtual reality (VR) startup company based in Morningside, has partnered with an American university to train future engineers?

Read:  Morningside Property to be Leased to 3M Australia for 10 Years

Next World Enterprises, which currently consists of only 15 members, are planning to double their numbers and move into a larger office by the end of the year. The company is steadily growing and taking more opportunities — one of which is signing a contract with the University of the District of Columbia (UDC) in the United States of America.

The startup specialises in creating VR training modules which helps outfit workers and employees with the skills and know-how necessary to function in their respective fields in a range of scenarios without actually putting them at risk.

Such examples include VR training on how to handle dangerous materials and products, working at heights, as well as other safety procedures that should be trialed and tested in safe and controlled environments.

UDC’s latest course, dubbed Critical Infrastructure, was the result of a collaboration between the university and New World. The course was created as part of the Biden Administration’s Build Back Better economic and infrastructure mandate, aiming to address issues in infrastructure in the United States.

Through the course, Next World will use its VR software to teach future generations of engineers the necessary safety procedures and standards needed to build bridges, highways, roads, and other aspects of infrastructure.

The Next World Enterprises office can be found at 5/525 Lytton Rd, Morningside. For more information, visit their website here. Follow their social media pages on Facebook and Instagram for the latest updates and announcements concerning virtual reality training and upcoming projects.